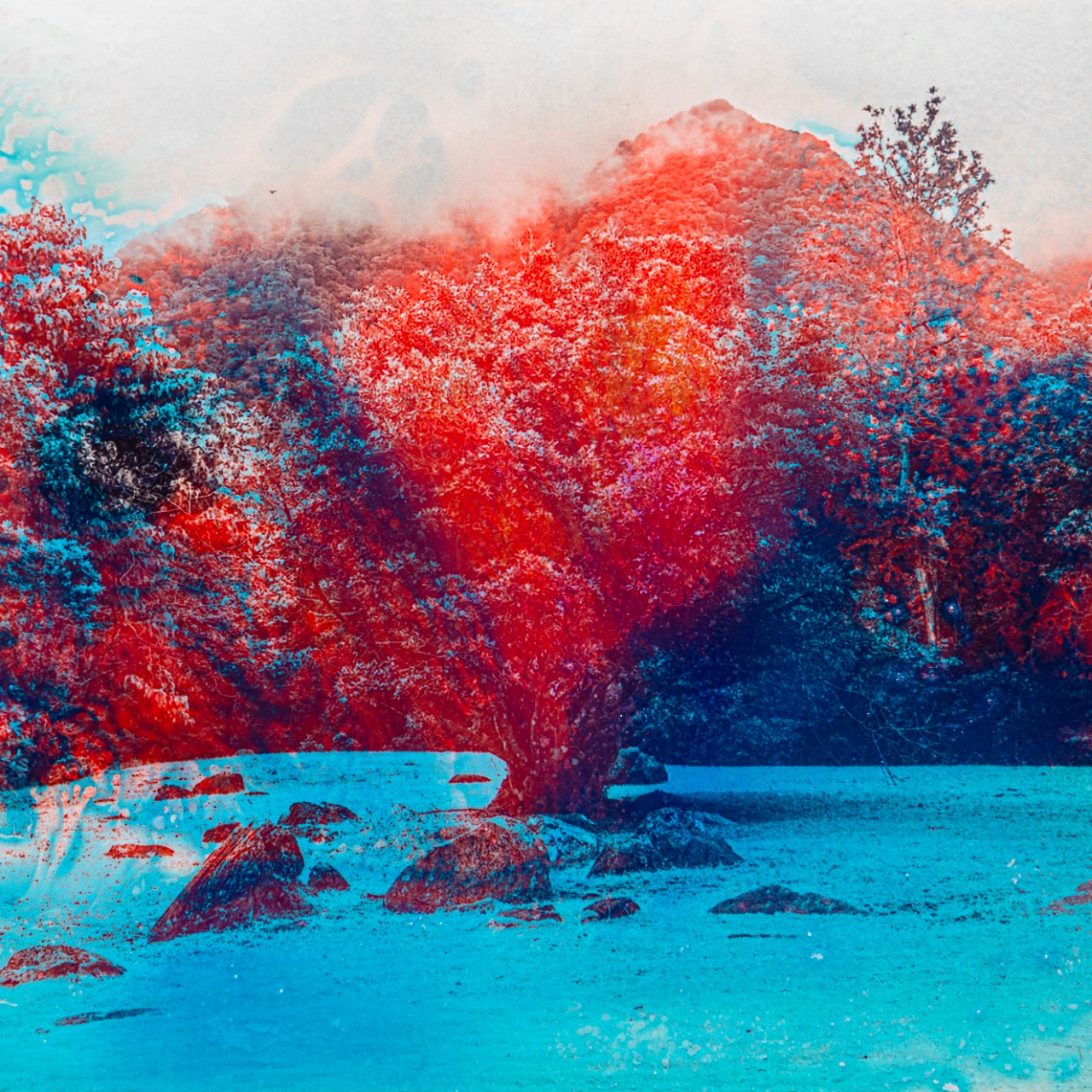 Solange Adum Abdala (Lima, 1980), winner of the III Exhibition of the 1st Biennial of Photography of Lima and ICPNA, presents La conversión de la huella (The conversion of the trace), a suggestive exhibition in which the artist experiments by intervening analogue photographic images with ink and bleach to reveal new landscapes.

The work takes the process of photographic intervention as an analogy around climate change, which has caused the planet to be altered by man, changing its surface and the perception of the landscape.

The destruction and mutation of their own components, through bleach, distances the photographs from their traditional role of representation, and opens us to another perception of nature.

The bleach made up of alkaline salts and chlorine is corrosive and destroys part of the photographic image, eliminating traces.  Within the visual void the bleach generates, she creates a new landscape: the images in La conversión de la huella (The conversion of the trace) are surreal, fantastical, magical, suggestive.

Solange Adum is a graduate of the Centre for the Image and previously studied at the School of Arts of the Pontificia Universidad Católica del Perú (Pontifical Catholic University of Peru). A finalist in the Contemporary Art Award competition organised by ICPNA (2020), she was selected as one of the Chosen Winners by American Illustration-American Photography AI-AP (2019). She has been a finalist in Lima Photo (2015 and 2012), had an honourable mention in the 2nd Iberoamerican NexoFoto Competition (2014) and third place in the Eugenio Courret competition (2013). Among others, she has had solo exhibitions “Swamp City” at the Pardo Heeren gallery of ICPNA, “Natural” at Ojo Ajeno and “Picture Element” at the El Borde gallery.

In addition to her work as a freelance photographer, she has been teaching photography and art since 2007. She is co-founder of “Galería Pública”, a platform and gallery that, since 2021, manages and disseminates the diversity of photographic production in Peru.