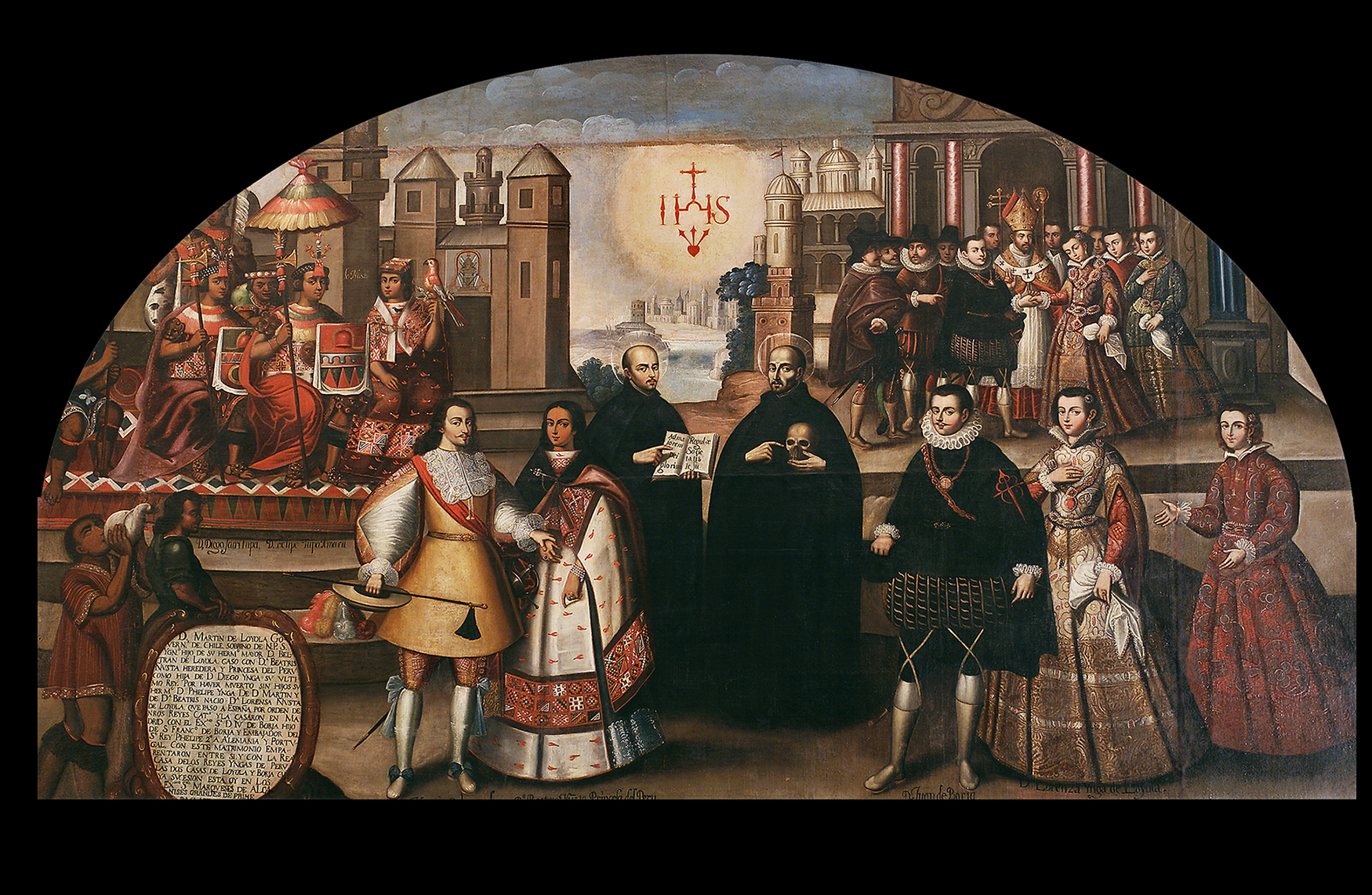 This canvas, one of several on the same theme that the Society of Jesus had artists from the Cuzco School paint at the beginning of the 17th century, symbolises two weddings of special significance, of clear political interest, as many links of the time. The first, on the left, records the marriage in Cuzco of Captain Martín García de Loyola, nephew of Saint Ignacio de Loyola, with Beatriz Ñusta, daughter of the Inca Sayri Túpac and niece of Túpac Amaru, executed in 1572, after his capture by Captain Loyola himself.

The second, is the wedding -celebrated in 1611, in Madrid– between his mestizo daughter Ana María Lorenza de Loyola Coya, Marquise of Santiago de Oropesa, and Juan Enríquez de Borja, a direct descendant of San Francisco de Borja. The work, with its symmetry between both courts and the central role of the two saints, was useful for the project of evangelisation of the Jesuit order and, at the same time, contributed to dignify the aspirations of the Cuzco elite, descendants of the ancient Incas and whose conversion to Catholicism strengthened their claims during the final stretch of the Viceroyalty of Peru.