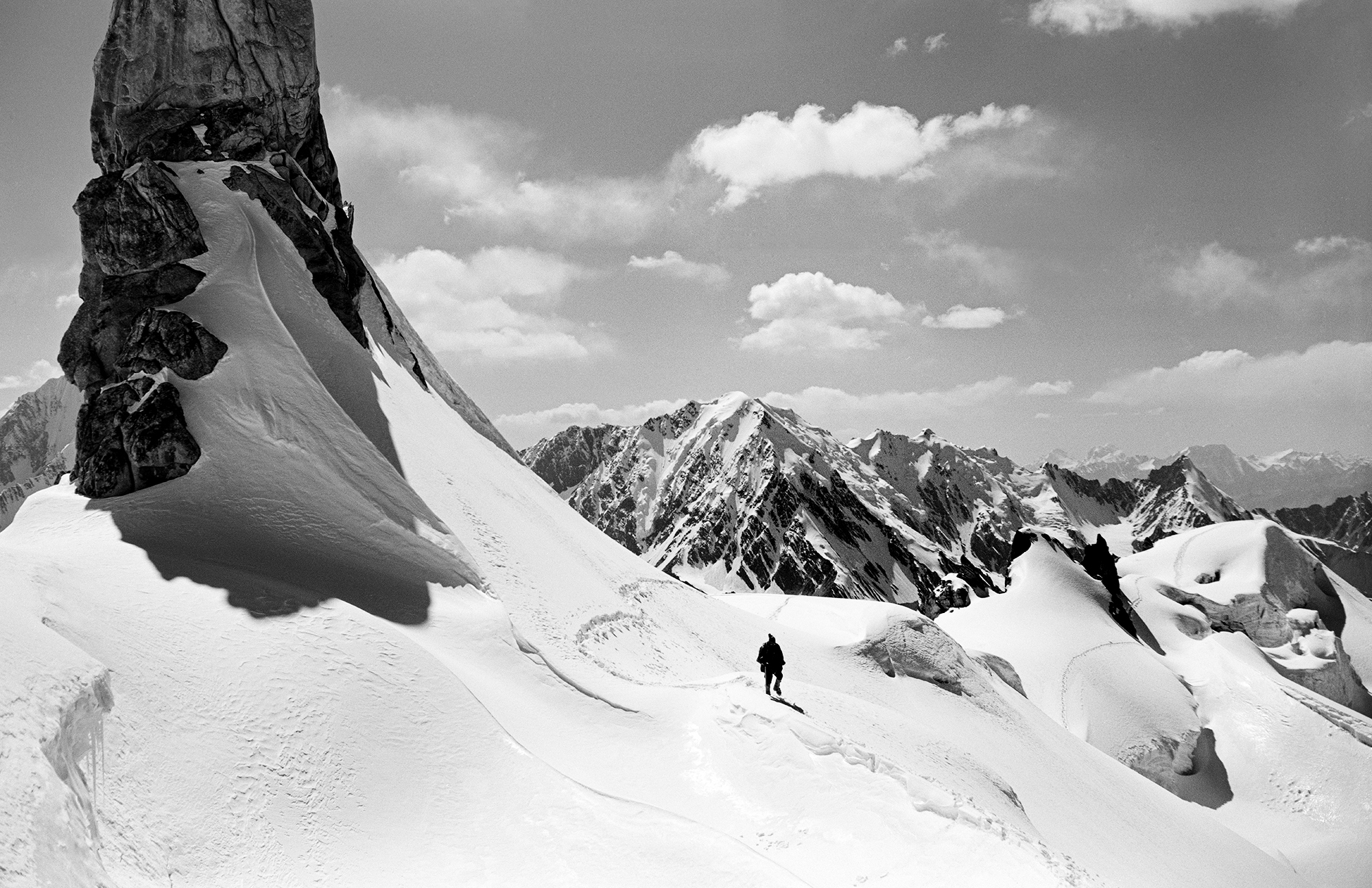 Vilém Heckel was an exceptional Czechoslovak photographer who was born in 1918, in Pilsen. He was used to cameras from an early age, since his father, Adolf, a crane operator at the Škoda Pilsen company, was also a keen amateur photographer and hiker. So successful was he at developing his son’s love of photography during their walks in the mountains and to heritage sites that Vilém Heckel decided to train as a portrait photographer in the Chmelík studio in Pilsen. In 1937 he published a photo report of the funeral of the first Czechoslovak president Tomáš Garrigue Masaryk in the magazine Světozor, and started to accept orders for advertising and documentary photography from large industrial companies, including Zbrojovka Brno, Škoda Pilsen, the Škoda car factory, Jawa motorcycles and others.

Heckel’s technically-perfect advertising and industrial photography went far beyond the aims of the commissioners, and created aesthetic wholes that have much to tell us not only about the design of the period, but also about the industry of the period.
In the 1950s, Vilém Heckel’s passion for photography became fatefully entwined with his passion for mountains and mountaineering. Weighed down by photo equipment, he documented all the Czech mountain ranges, and after becoming involved with the national mountaineering team in the High Tatras, he started to prepare for an expedition to the great mountain ranges of the world. Vilém combined his relationship to the mountains and nature with ambition and an uncompromising will. Thanks to his artistic talent, sporting talent and his gift for looking in the right direction, he created pictorial publications and exhibitions from his expeditions, bringing closer to ordinary people the inaccessible mountain tops and popularising the sport of mountaineering.

In the second half of the 20th century it was hard to find a Czechoslovak household without one of his many publications, including Naše hory, Cesty k vrcholům, Má vlast and dozens of other titles. Compared to today, printed photographs in the 20th century had incomparable power, and Vilém Heckel reached world standards in his field.

Vilém Heckel set out on his final expedition, together with other mountaineers, in April 1970 to the Cordillera Blanca mountain range in Peru. The expedition was beset by problems from the start, and on 31 May of the same year ended in tragedy when the members of the expedition were engulfed by an avalanche of mud and stones during an earthquake in the foothills of the Huascarán, the highest mountain.

Vilém Heckel left behind him an extensive photo archive amounting to over 70 000 systematically classified negatives. On the centenary of his birth, the first retrospective exhibition of his work was opened in the Museum of West Bohemia in Pilsen. The exhibition was entitled VILÉM HECKEL and presented him as an exceptional figure of the photographic scene of the 20th century in the context of his life.