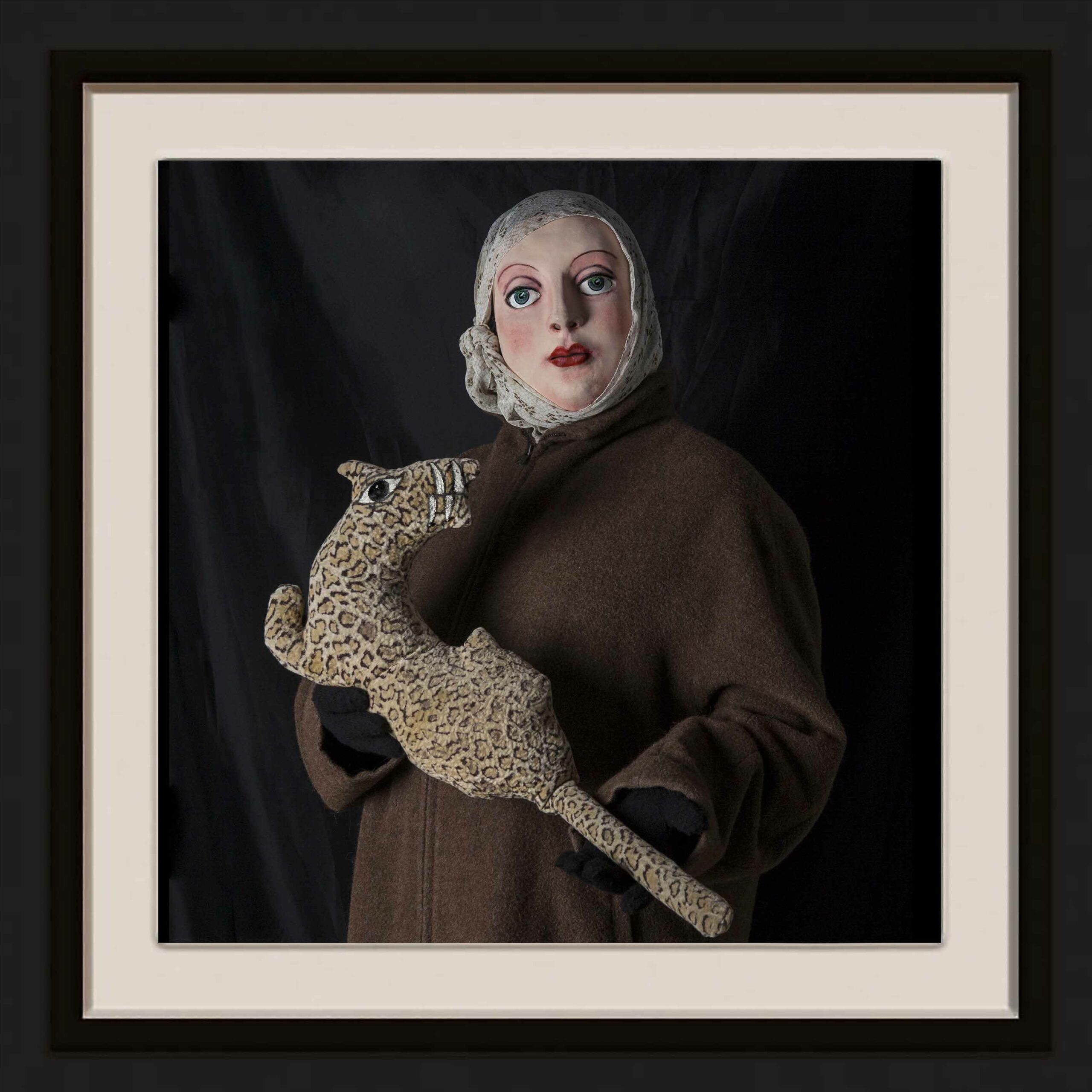 “Master masker Edmundo Torres said that masks help to understand what lies behind them. Masked, photographic essay by Pilar Pedraza, articulates a reflection on the mask as a device that transforms the body and as a catalyst of complex realities and subjectivities.

It is difficult to identify whether the protagonist of the photographic series is the masked character or the mask itself. However, since a mask is not subtracted from its context and social use, the masquerade as a whole (not its isolated components) is what animates and preserves this visual narrative.

Masquerades are vehicles of enjoyment and play, but also a key resource in the exercise of rebellion and protest of the common people. Indeed, in certain traditional festivals and rituals, the mask discomforts and challenges reality from humour and satire.

The master Edmundo Torres designed and made the masks we observed. Its function, at first, was to give life to kusillos, huacones, chinas diablas, Pallas and calacas. However, in the Pedraza series, in a twist, mask wearers animate specific characters, thus distorting the boundary between reality and representation.

We see, for example, a K’usillo, a comic character from a sacred dance of the court of the Inca, next to a hero of the recent health crisis; Santa Rosa de Lima next to a Chinese diabla; a huacón, ancestral authority, alongside a soldier; or the protagonists of the citizen mobilisations of November 2020 raising the Peruvian flag as the Motherland does.

As the theatre director Miguel Rubio, who embodies the characters in the series, points out, the multiple uses of the mask in traditional rituals and festivities are evidence that, more than a disguise, the mask represents a complex plot of identity and memory, which extends beyond the veiling of the face.

In this photographic project, the use of the mask proposes a double game: the ambiguous oscillation between concealment and revelation, the indeterminacy between reality and imagination, the staging of seemingly imagined identities in front of the critical power of a visual discourse that is enunciated from the performance of those same identities.

The photographer, the masker and the mask wearers (or masked ones) invite us to enjoyment and rebellion. In this exhibition, as in a transformative dance of symbols, the characters look at us with picardy, sadness, wonder, and courage. Some speak to us from 200 years ago, others from the present.

This sample calls us to think from our collective identity, which is revealed both in the materiality of the everyday as in the density of the historical. The masked ones question us about absences and presences, about what is kept inside and outside history. Their corporality poses challenges: the search for new and inspiring ways to conquer a place in the national narrative.

Photographer with specialization in portraiture, she achieved the Latin American Master of Contemporary Photography MALDEFOCO in 2016.

Pilar Pedraza is in charge of the workshops Escribiendo con luz and the participatory photography project Verte MirArte (recognised as a Point of Culture by the Ministry of Culture), which since 2011 takes place on the outskirts of Lima.  A shared experience in several cities in Peru and abroad, this project is part of Photo Brut, Bruno Decharmes collection, Paris. She has also participated in the Culturaymi Perú Project, in PhotoPatagonia (Argentina), several editions of the Valparaíso Photography Festival, Chile, as well as in Mexico, Spain, and Colombia, with workshops and photography projects.

She was invited to inaugurate the Cajamarca book fair 2019 and to present her project, Caja Abierta, which seeks to generate learning through the use of pinhole cameras and images. The town of Paucartambo, Cusco, has named her “Favourite Daughter” for her series Q’onoy, the Night of Fire, which has been donated by the artist and exhibited at the Hay Festival of Arequipa 2019.  Currently, she teaches photography at the Escuela Nacional de Bellas Artes, Lima.

She has had several solo and group exhibitions in Peru, the United States, Mexico, Argentina, Austria, and France.