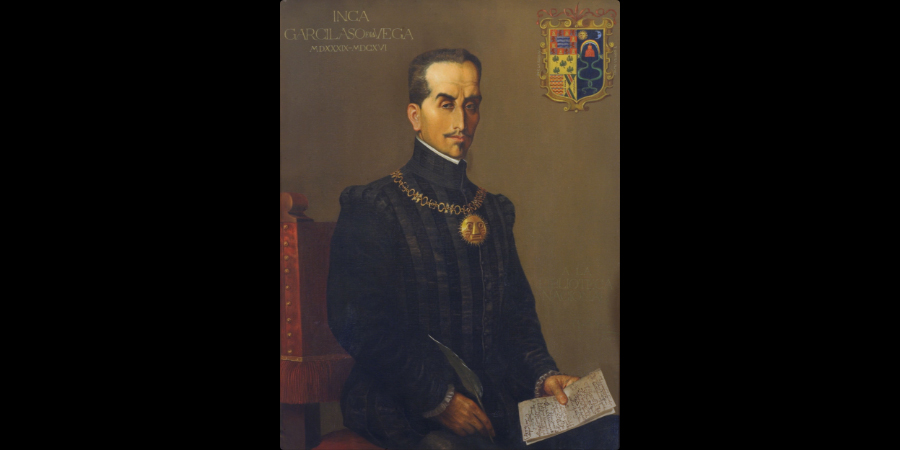 On April 23, 1616, in a house located on Deán Street, in Córdoba, Spain, the Inca Garcilaso de la Vega passed away. The distinguished mestizo chronicler was born in Cuzco on April 12, 1539 and prided himself on carrying high Inca and Spanish lineages in his blood. He was then 77 years old and was buried in the chapel that he had acquired in the mosque-cathedral of the city of Cordoba.

In 2015, the Ministry of Foreign Affairs, within the framework of the Bicentennial celebrations, published the Complete Works of Inca Garcilaso de la Vega in three volumes. This edition, by the historian Carlos Araníbar, brings together all of his intellectual production: the translation of León Hebreo’s Love Dialogues, La Florida del Inca, the two parts of the Royal Commentaries, among others. In the third volume, in addition, the biographical study that the renowned Garcilasista Aurelio Miró Quesada wrote about Inca Garcilaso is added. The texts have been rigorously updated in accordance with the academic guidelines in use in order to facilitate their reading, but without damaging the original document.