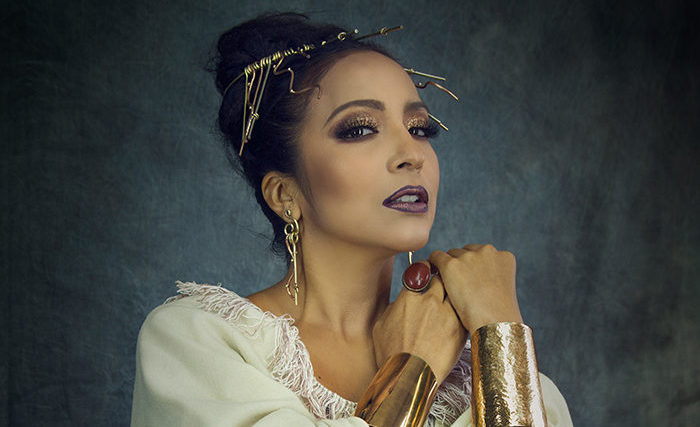 The Andean lyrical singer Sylvia Falcón will offer a musical show, with Pepe Céspedes on the piano, as part of the activities of the “Kaypi Perú 2021” festival, organized by the Embassy of Peru in the United States of America. She will perform the traditional musical compositions “Virgenes del Sol” and “Valicha”. The event takes place within the framework of the celebrations for the Bicentennial of the Republic and the creation of the Ministry of Foreign Affairs of Peru, and will be transmitted via streaming from the Ministry of Foreign Affairs’ Inca Garcilaso Cultural Center, through the digital platforms from the festival “Kaypi Perú 2021” and from this cultural center.

Sylvia Falcón is an avant-garde and innovative singer. Her proposal goes from the traditional music of the Andes of Peru, the mestizo, and coastal melodies to the eclectic sounds of electronic music. Her extraordinary display of high, medium, and low voices can be enjoyed in the 4 studio albums she has recorded: Killa Lluqsimun “When the Moon comes out” (2008), Inkario (2014), Fantasía Pokcra (2016), and Qori Coya “Dama de Gold ”(2018). Furthermore, she has collaborated with bands such as Novalima (Chusay -2018), Dj Mala (Sound of River – 2016), or El Polen (2015). Her refined audiovisual aesthetic proposal set a new benchmark in the production of Peruvian music, noticeable in her Video Clips. Sylvia Falcón was born in Lima and developed a strong bond with the Andes due to her parent’s influence, both native of the Huancavelica and Ayacucho provinces. From a very early age, she demonstrated her artistic virtues that were enhanced throughout her childhood and adolescence. Sylvia Falcón is an anthropologist from the Universidad Nacional Mayor de San Marcos del Peru, a producer, researcher, and artist dedicated to capturing the beauty of the ancient Inca culture.

She has recently released the song “Machu Picchu”, by the composer Carmela Russell, and is preparing to launch the song “Alas y Libertad”, of her own authorship, as a commemoration of the Peruvian Bicentennial of Independence.