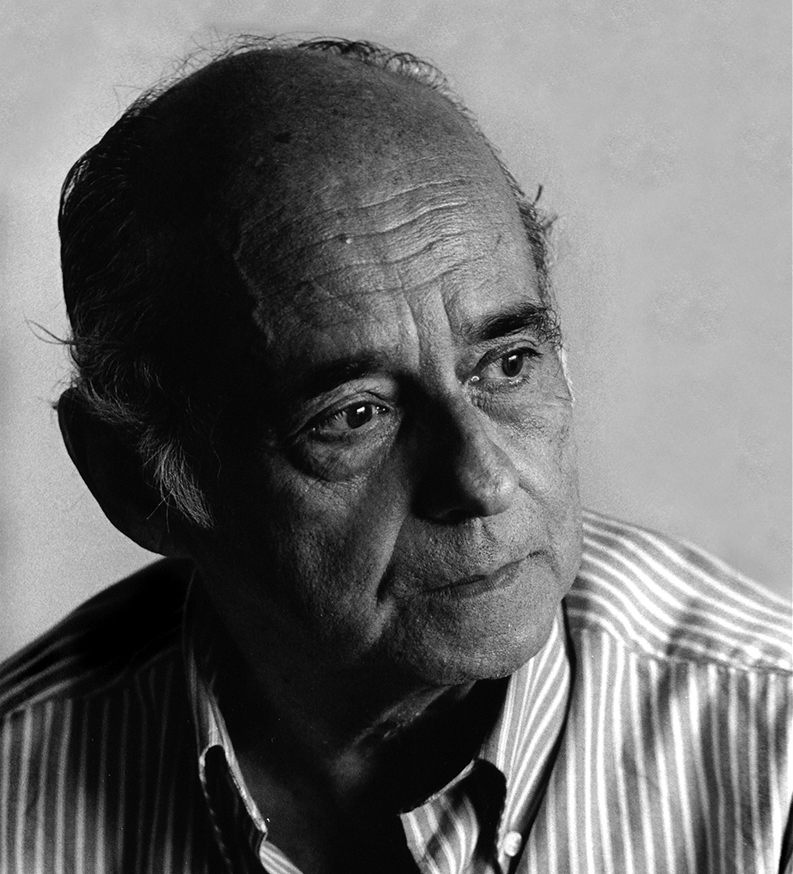 Carlos Germán Belli was born in Lima on 15 September 1927. As a child, he lived for two years in Amsterdam and later studied at the Colegio Raimondi (Raimondi School). He entered the Universidad Nacional Mayor de San Marcos and the Pontificia Universidad Católica, but did not pursue an academic career, as he began working in the public administration at a very young age, and later in journalism. In 1958, he published his first book: Poemas (Poems), to be followed by, among other titles, iOh Hada Cibernética! (iOh Cybernetic Fairy) (1961), El pie sobre el cuello (The Foot on the Neck) (1967), Por el monte abajo (Down the Hill) (1966), Sextinas y otros poemas (Sextinas and Other Poems) (1970), En alabanza del bolo alimentario (In Praise of the Food Bolus) (1979), Los talleres del tiempo (The Workshop of Time) (1992), iSalve, Spes! (2003), Los versos juntos. Poesía Completa (Verses together. Complete Poetry) (2008). Considered one of the most important poets in the language, Belli has been awarded the National Poetry Prize (1962), the Ibero-American Poetry Prize Pablo Neruda (2006), and the Casa de las Américas Poetry Prize José Lezama (2009) and has been nominated for the Cervantes Prize and the Queen Sofia Prize for Ibero-American Poetry. He has also twice been awarded a Guggenheim Fellowship (1969 and 1987). In 1980, he graduated as a doctor in Literature from the Universidad Nacional Mayor de San Marcos with a thesis on the poetry of Carlos Oquendo de Amat and in 1982; he was inducted into the Peruvian Academy of Language. In 2014, the poet Carlos Germán Belli was invited by The Centro Cultural Inca Garcilaso of the Ministry of Foreign Affairs to inaugurate the cycle “La República de los poetas. Antología viva de la poesía peruana, 2014-2021“ (The Republic of Poets. Living Anthology of Peruvian Poetry, 2014-2021), which was accompanied by a bibliographic exhibition on his work.

Carlos Germán Belli (1927) is a separate case in Spanish-language poetry. Without background or disciples, since he discovered poetry while still in school and reading Rubén Darío, according to his own confession, he has followed a personal path as a poet, creating, as Borges says, his own precursors and constructing a work of an insolent and surprising nature, which, over the years, has been recognised as one of the most profound and original of our time.

This recognition has taken time because the poetry of Belli is not easy, nor does it make concessions to readers, rather it challenges and induces them, in order to understand and enjoy it, to revise the most elementary notions of what, in the most general sense of those words, is understood by poetry and by beauty.

Everything is disconcerting in this work, starting with its sources, so dissimilar. In it surrealism, lyricism and the currents of the so-called avant-garde have left a mark on it, as have the great poets of the Golden Age and classics such as Petrarch. But no less important in giving it its being have been the slang of Lima and the slang sayings and proverbs which in the poems of  Belli are often confused with the most elaborate cultism and archaisms in images, metaphors and allegories as unexpected as truculent.

All this would seem to indicate that the poetry of Belli is formalist and experimental, a search for novelties and boldness in the domain of the word, rhythm, stanza and verse. And, in fact, it is also so, but only in the second instance, because, in truth, this poetry of so worked and singular expression, so exquisitely mannerist, is impregnated with experiences, passion and suffering, it is a dramatic testimony of daily life and frustrations, miseries, disappointments, chimeras and petty occurrences, which the poet exhibits with as much impudence as anguish, dressing them up in luxurious clothing, like a dilapidated, toothless and purulent old woman wrapped in layers of ermine and luxury jewellery.

All that is grotesque in the formidable contrasts of Carlos Germán Belli is made is humanized by humour, another constant in his poetic world. An acid humour sometimes and other belligerent and fierce, a humour that makes laugh and alarm us at the same time, and that leads us to reflect on all that is for the poet matter of laughter and mockery: the human condition, transcendence, freedom, destiny, time, old age, death and solitude. I know of no poet in our language who embodies better than Carlos Germán Belli what André Breton described as “humor negro” (black humour) in his famous anthology.

In the poems of Belli a zebra licks the mutilated thigh of a girl, two food bowls converse in the “estómago laico” (secular stomach) of the poet and wonder where they go; the same poet, who is a poor amanuensis from Peru, he dismantling  “hasta los cachas de cansado ya” (up to his hindquarters with fatigue), and there is a place called “El Bofedal” (The Bofedal) (where all the human beings who, like the poet, feel that this is a world of desolation and ruin will be thrown out. Not surprisingly, the foetus that is about to break into this horrible world gathers its forehead and raises its eyebrows in horror at such a prospect. When he grows up and assumes his despicable human destiny, he will undoubtedly end up worshipping the Cybernetic Fairy as well, that strange grotesque fetish which, from an early age, officiates in poetry of Belli poetry as goddess and godmother, as artificial and baroque, as macabre and absurd as that stupefied, misguided and suffering humanity which has made it its divinity.

The pessimism that transpires in the poetry of Carlos Germán Belli is both historical and metaphysical. It has to do with social conditions, which multiply injustice, inequality, abuse and frustration, and with existence itself, a condition that abdicates human beings to a destiny of pain and failure. Now, if this voice to lead itself so abjectly, and to mourn complains and protests, and sometimes seems to enjoy it as a masochist, were just that, pure despair, perpetual tearing, it would hardly awaken the spell and adhesion that good poetry always deserves. And that is the case with the poetry of Belli, which, when the reader learns to decipher its clues and penetrates its labyrinths, reveals the treasures hidden beneath those weeping, despairing masks: an immense tenderness, a deep-rooted pity for the moral and material misery of those who suffer and are unable to resist the onslaught of a life they do not understand, which shakes them and knocks them down like a cyclonic wind or a sudden tidal wave. Pity, humanity, solidarity with those who suffer, from the same suffering, under the tinsel and wailing, a heart that bleeds, drop by drop, and makes its own the pain that permeates the world: that is what the poetry of Belli represents.

I say “representa” (represents) in the theatrical sense of the word. Because the poetry of Belli is also spectacle. And we have seen some of the bizarre, grotesque and pathetic characters who star in this macabre comedy: they are just a sample of the motley crowd of grotesques, human and non-human, who parade through this caricature and fantastic universe.

However, like pessimism, what is funambulist and farce about this blackly humorous nightmare in the poetic word of Belli is humanised by the purity of feeling that gives this strange comedy its authenticity, its suggestive force and its truth. It is a playful and circus-like world, but the poet does not play with it, or, in any case, plays with the seriousness with which someone bets his life, risking everything he has and is in that game of life and death.

I began to read Belli when he published his first poems, back in the fifties, in the magazine Mercurio Peruano, and it was enough for me to read those half dozen texts to feel that this was a new voice, of powerful lyrical solvency and great imaginative audacity, capable – as only the great poets know – of producing those transformations that consist of making beautiful the ugly, stimulating the sad and the golden – that is, poetry – what touches. Everything that Carlos Germán Belli has written since then has only confirmed and enriched his extraordinary gift for poetry. 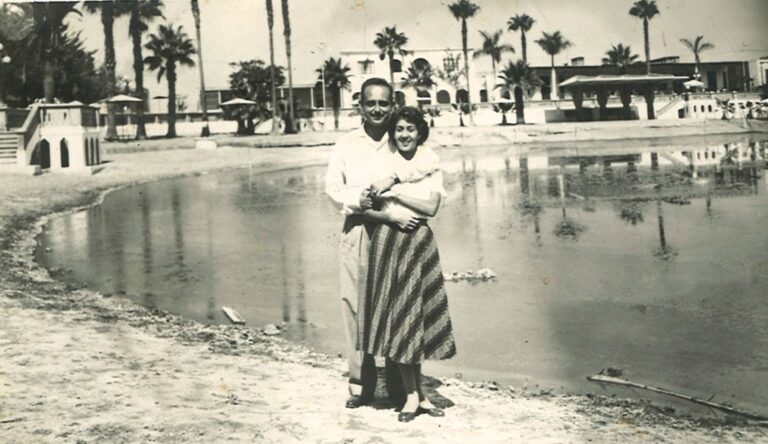 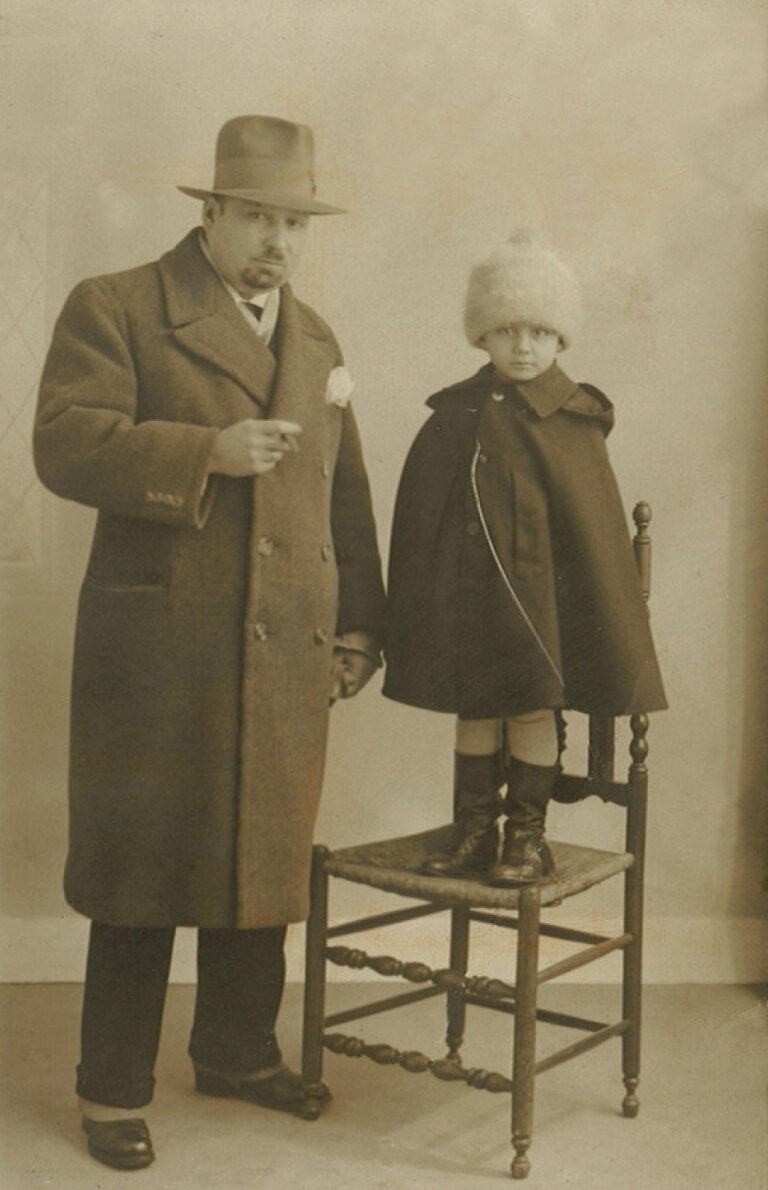 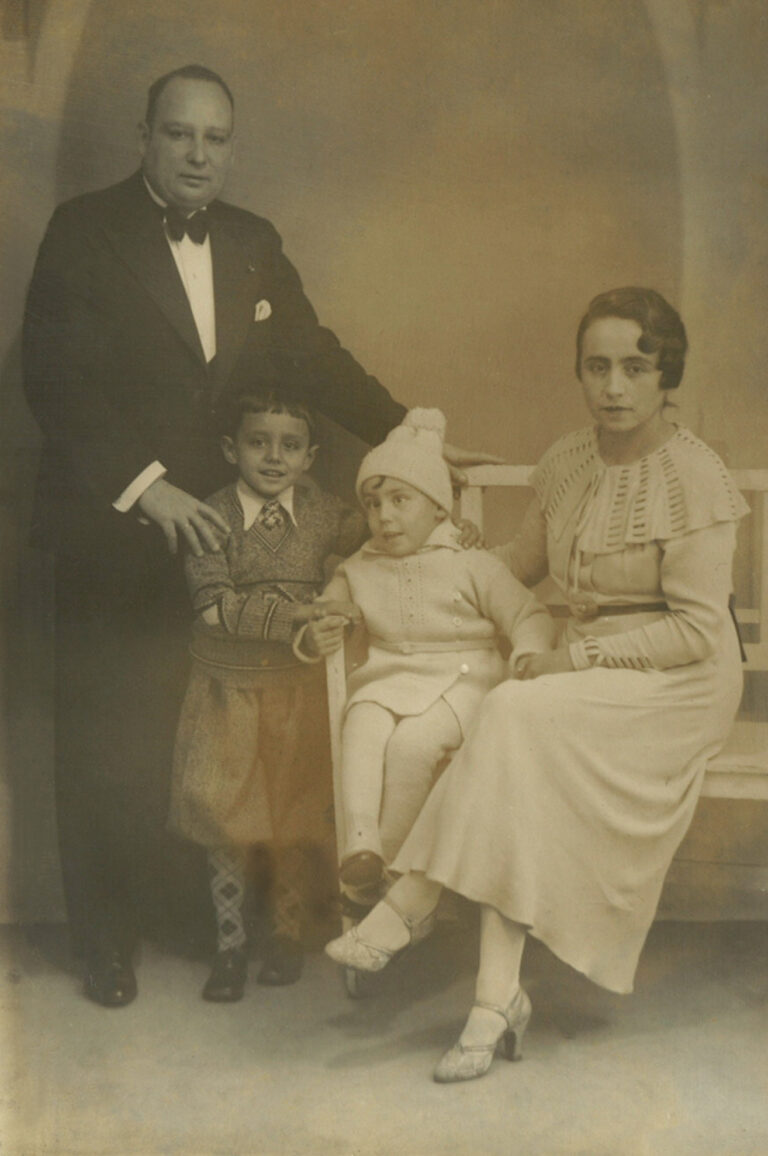 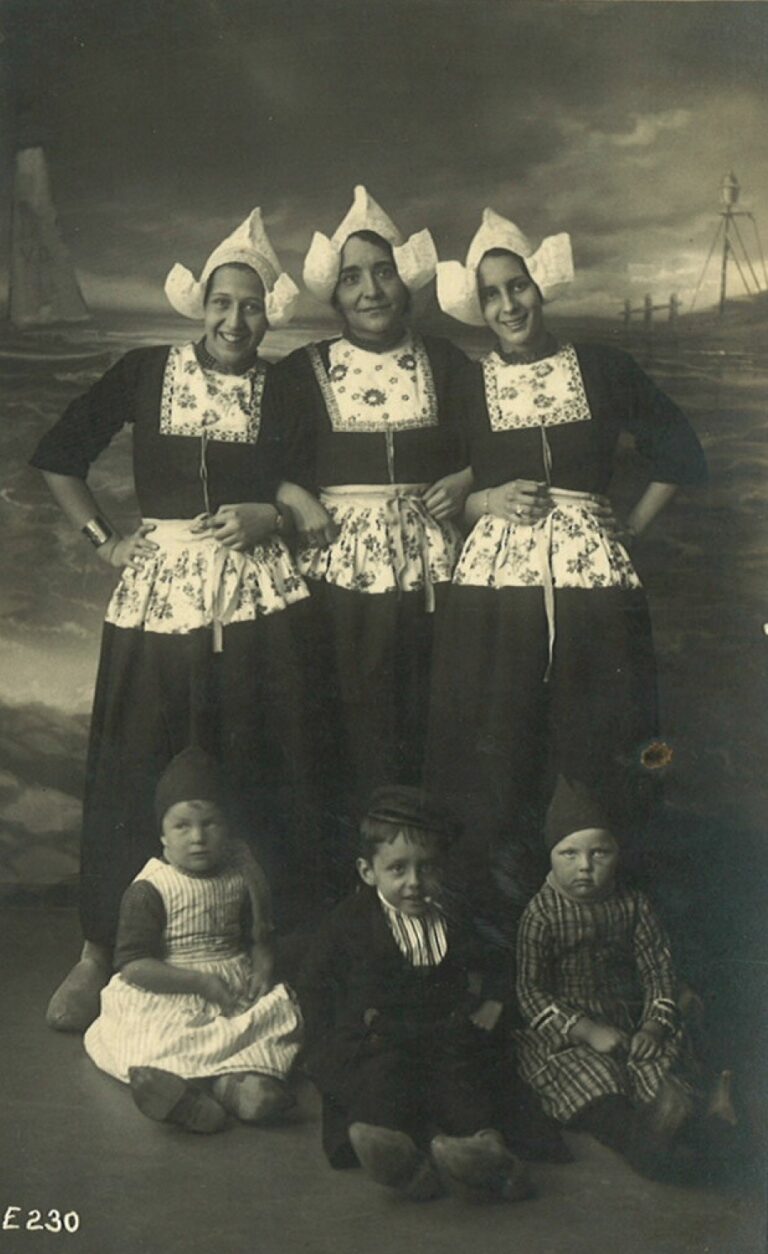 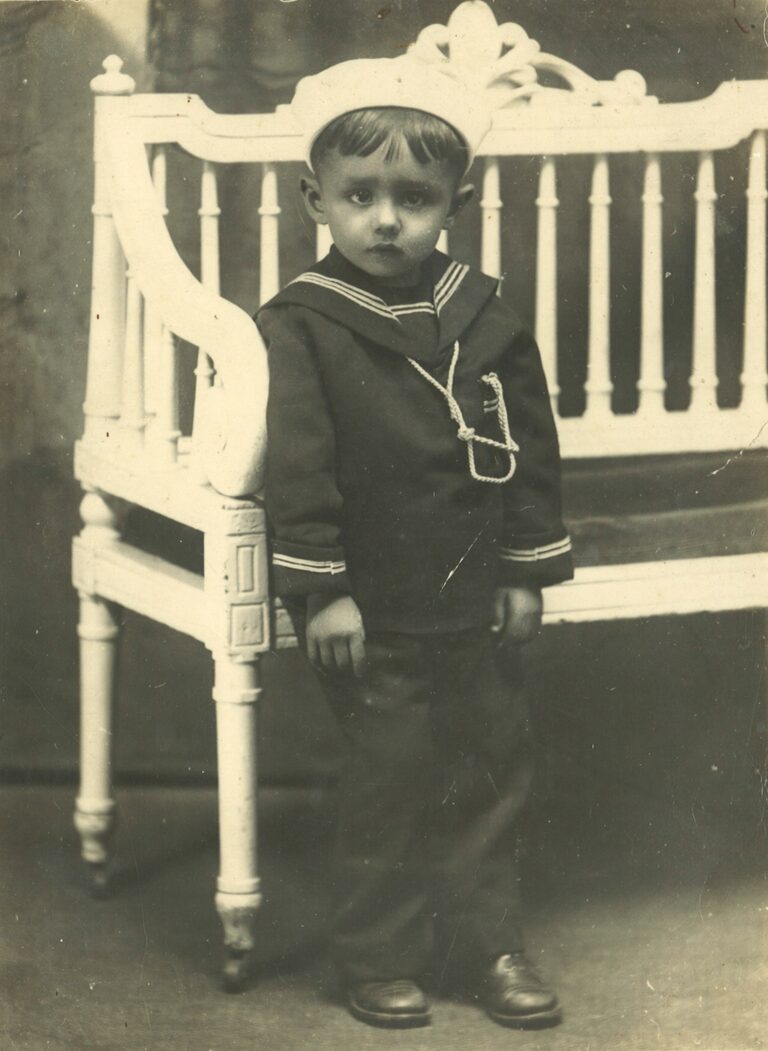